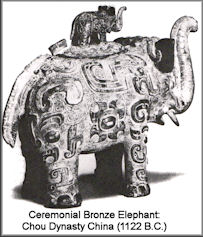 A foundry is defined as an establishment where metal is melted and poured into molds. Today, the most common metals processed are aluminum and cast iron. However, other metals, such as steel, magnesium, copper, tin, and zinc, are also used frequently.

Historical data indicates that the foundry process dates back to 4000 B.C. Gold was the first metal to gain human attention during this era. Copper soon followed. The first foundries arrived in California soon after gold was discovered in 1848. California officially became the nation's 31st state on September 9, 1850. For more information on the history of foundries in California, please visit the California Foundry History Insitute.

While the activity of melting and pouring metal hasn't changed much over the years, the technology, safety controls, environmental controls, and products produced have evolved immensely. Today, California produces some of the world's highest quality metal castings. 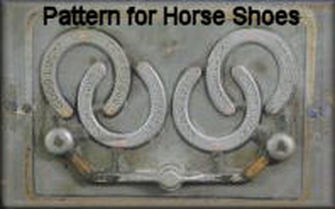 Steps in the Casting Process:

In the casting process, we begin with a pattern, which is made in the shape of the desired part. The pattern is usually made out of wood, plastic or metal. Simple designs can be made in a single piece or solid pattern. More complex designs are made in two parts, called split patterns. A split pattern has a top or upper section, called a cope, and a bottom or lower section called a drag. Both solid and split patterns can have cores inserted to complete the final part shape. Where the cope and drag separates is called the parting line. When making a pattern it is best to taper the edges so that the pattern can be removed without breaking the mold. The patterns are then packed in sand with a binder, which helps to harden the sand into a semi-permanent shape. Once the sand mold is cured, the pattern is removed leaving a hollow space in the sand in the shape of the desired part. The pattern is intentionally made larger than the cast part to allow for shrinkage during cooling. Sand cores can then be inserted in the mold to create holes and improve the casting's net shape. Simple patterns are normally open on top and melted metal poured into them. Two piece molds are clamped together and melted metal is then poured in to an opening, called a gate. If necessary, vent holes will be created to allow hot gases to escape during the pour. The pouring temperature of the metal should be a few hundred degrees higher than the melting point to assure good fluidity, thereby avoiding prematurely cooling, which will cause voids and porosity. When the metal cools, the sand mold is removed and the metal part is ready for secondary operations, such as machining and finishing.

Prior to pouring a casting, the foundry produces a mold. The molds are constructed by several different processes dependent upon the type of foundry, metal to be poured, quantity of parts to be produced, size of the casting and complexity of the casting. These mold processes commonly include: Sand Casting (green or resin bonded sand mold); Investment (Lost Wax) Casting - Wax or similar pattern with a ceramic mold; Plaster Casting - Plaster mold; and Die Casting - Metal mold. 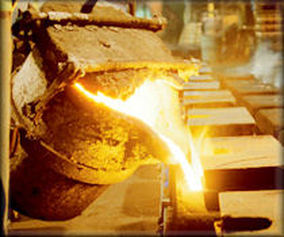 In a foundry, molten metal is poured into molds to take the shape of the cavity left by the pattern. Pouring can be accomplished with gravity, or it may be assisted with a vacuum or pressurized gas. Many modern foundries use robots or automatic pouring machines for pouring molten metal. Traditionally, molds were poured by hand using ladles.

The solidified metal component is then removed from its mold. Where the mold is sand based, this can be done by shaking or tumbling. This frees the cast component, which will still be attached to the metal runners and gates - which are the channels through which the molten metal travelled to reach the component itself.

The gating system required to produce castings in a mold yields leftover metal, including heads, risers and sprue, sometimes collectively called sprue, that can exceed 50% of the metal required to pour a full mold. Since this metal is remelted or recycled, the yield of a particular gating configuration becomes an important economic consideration when designing various gating schemes, to minimize the cost of excess sprue, and thus melting costs. Degating is the removal of the heads, runners, gates, and risers from the casting. Runners, gates, and risers may be removed using cutting torches, band saws or ceramic cutoff blades.

The final step in the process usually involves grinding, sanding, or machining the component in order to achieve the desired dimensional accuracies, physical shape and surface finish. After grinding, any surfaces that requires tight dimensional control are machined. Many castings are machined with CNC machines.